Will Gritko ruin the return of Vrbinc in the WFC? 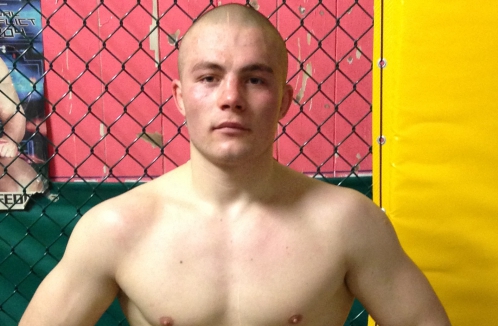 WFC 18: Knockout might just be a stepping stone in another young man’s career, something that we had seen many times before. Gheorghe Gritko from Moldova will make his debut appearance in the welterweight division against Slovenian Primoz Vrbinc.

Originally from Moldova but he’s fighting from Ferrara, Italy. His 3-0-0 professional record will be put on the line as his opponent will be looking for a more permanent stay in the organization. Home fans of Vrbinc might confuse some fighters in their preparations but that seems won’t be the case for Gritko.

"I don’t care about that! I will enter the ring with only one goal - winning. I am not afraid," Gritko sounded determined that he won’t be at a disadvantage when he enters the ring on his opponents home turf.

Gheorghe’s style is wrestling but he has changed his training last couple of years and now considers himself as a fighter with MMA background. Wrestling keeps him safe on the ground and that could be his advantage when facing Vrbinc.

Fighter debuting in the WFC on one side and on the other a guy who’s looking to make a statement that he deserves a regular spot on WFC roster. How much better can it get?

WFC 18: Knockout will be an insane mixture for all true MMA and WFC fans! There will be something for anyone on a night when WFC is coming to Krizanke summer theatre for the first time in its history. Be there!

Get your tickets at Eventim.si, Petrol gas stations and Posta Slovenije branches around Slovenia.