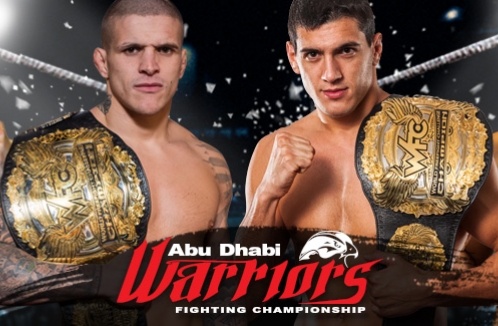 WFC has been known for ages as a springboard for bigger and richer markets. It is no different after its last event that was held at the end of last year. Top ranked fighters were offered a contract to fight in the luxurious Abu Dhabi when Abu Dhabi Warriors return to the city in March 2015.

Two reigning WFC champions will step into the ring in Abu Dhabi, as Svetlozar Savov and Vaso Bakocevic prepare to rock the Arab world. Still undefeated in the WFC, Svetlozar Savov emerges as a force from Eastern Europe and is yet to make a statement outside Europe. Abu Dhabi Warriors will provide a perfect stage for the middleweight kingpin. Newly crowned WFC lightweight Champion, Vaso Bakocevic, will be able to demonstrate his skills in the glorious Abu Dhabi just three months after his biggest success of his career so far.

After their impressive wins at WFC 19 additional two fighters earned themselves a ticket for the special event in Abu Dhabi. Tamirlan Dadaev proved to be a hard nut to crack and since he's only 20 years old, ADW organization assessed him as a top prospect from Europe. The trio will be joined by Murad ''Mury'' Derbal whose impressive professional fighting record is hard to overlook.