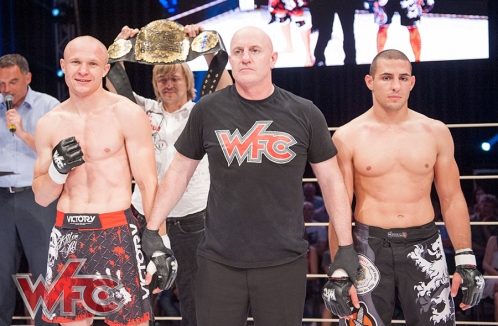 It looks like that Jevgeniy Mahteenko is a fan of fast and powerful KO's. Reigning WFC Welterweight Champion is a man of many talents. In summer of 2013 he was crowned as the undisputed WFC Champion in a MMA fight, while a few months back he entered a boxing ring. And won.

Professional bout took place in Denmark's charming capital, Copenhagen. His opponent, Alexander Hagen, suffered a right hand bomb into his face as Mahteenko handed him the fist loss of his career.

Check out a nasty KO by WFC's Welterweight Champion!