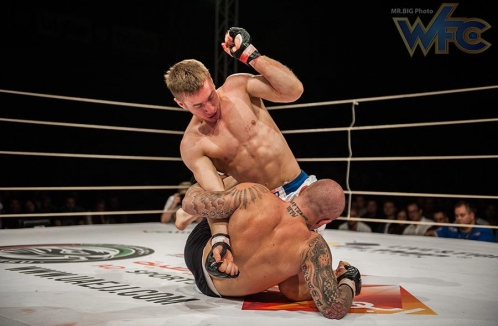 WFC would like to introduce you its newest ranking system which we will update every month. Ranking of a fighter will depend on his accomplishments in WFC and also on the outcomes of his fights outside our organization. We will monitor all fighters on our roster and rank them based on their success.

WFC Lighweight division is surely one of the most packed divisions overall, with Lightweight Champion Hallmann, Bakocevic, Kosednar and last but not least, young guns in the likes of Zerjal.

Hallmann takes the top spot as the reigning Lightweight Champion as will all other Champions in their respected divisions.

WFC Ranking will determine who will get a shot for the title as the top contenders will battle for that no.2 spot which secures them the title fight.