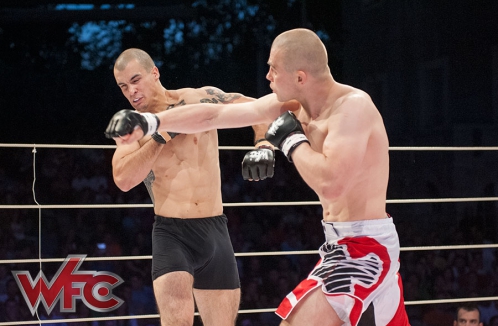 Primoz Vrbinc is 2-0 on Challengers and was determined that he'll turn things around on the main show. At WFC 15 he was beaten by Mezdihov and 3 wins later he returned to WFC to face Moldovan Gritko.

Gritko vs. Vrbinc fight offered 15 minutes of takedowns and ground and pound from Gritko. Moldovan who trains in Italy proved to be on another level than popular Slovene who didn't find an answer for Gritko's takedowns. But nevertheless Vrbinc earned applause from the audience for his persistence that pushed him through the fight. At the end of round 3 judges scored the fight in favour of Gritko who won with unanimous decision.