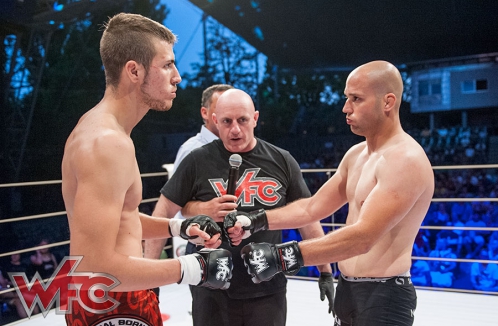 In fight number four Marko Drmonjic put up a bit of an upset as he expressly submitted Claudio Conti from Italy. It was just second fight from Drmonjic in the last 3 years but that didn't bother him to overcome a much taller Conti.

Conti tried to take the initiative from the start but failed in his attempt. He got carried away and Drmonjic took advantage of the opportunity. He got a hold of his neck and ended the fight prematurely via rear naked choke.

Drmonjic is back and determined that now he's here to stay. It looks like that WFC's middleweight division just got a new contender.