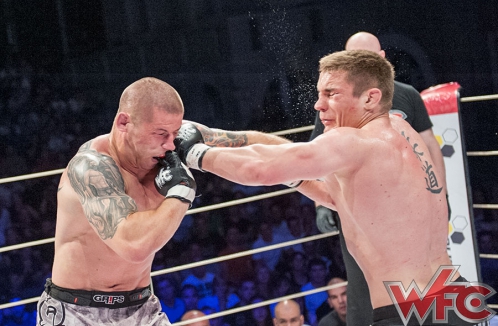 Intense battle between the two ended with another win for Bor who recorded his 8th career win after more aggresive stand up fight than his opponent. Piotr proved to be a difficult task for the crowd favourite Bratovz. With a couple of successful takedown attempts he rocked Bratovz but in the end he came a bit short.

With this win Bratovz moved to No.1 challenger in the WFC middleweight division. At the end of the year he’ll face the champion Svetlozar Savov!