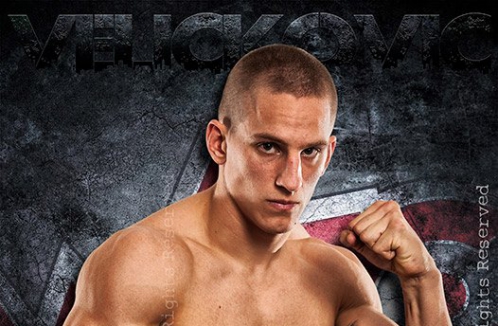 WFC's middleweight division is surely one of the most interesting ones if we take into consideration all the talent that it holds. Reigning Champion Svetlozar Savov, Slovenian poster boy Bor Bratovz, Markus DiGallo, Claudio Conti and his fellow compatriot Mattia Schiavolin, talented Branimir Radosavljevic and last but not least, Bojan Velickovic from Serbia. Astonishing roster of mixed martial arts fighters that have only one goal and that is to take the throne away from Savov.

Bojan Velickovic had his shot at WFC 17 and took Savov on the ropes but couldn't finish the Champion who once again proved that he is the legitimate ruler of the middleweight divison. Velickovic bounced back at the end of last year and won two consecutive fights. Two weeks ago he fought for whole three rounds again and came short against Jotko who won after majority decision.

He will enter the WFC ring determined that he'll step back on the winning path as he enters the ring with WFC's newest addition to its roster, Mattia Schiavolin who has a perfect score of 5 wins and zero losses.

Schiavolin's recent fight was against Markus DiGallo and the two ended the fight with a draw that preserved his loss column intact. It will be interesting to see how will Velickovic go up against a newcomer as he is looking for a rematch with Savov. Nothing but a win guarantees him that so we can expect a fierce battle in the ring as surely Mattia won't go down easily in his first fight in the WFC.

WFC 18 will raise the entertainment bar ever higher as it is so be sure that you won't miss it! Join us in Ljubljana on 16th June and see for yourself why WFC is No.1 in Europe. Follow our Facebook and Twitter for additional info.