Truscek to be challenged by Saint Denis 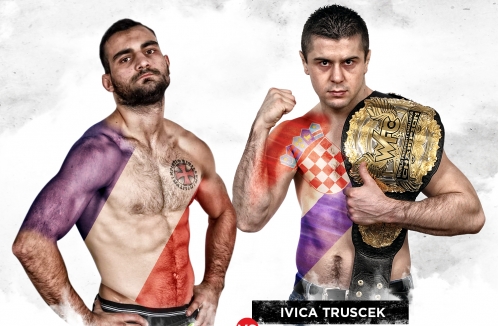 Ivica Truscek, the reigning WFC welterweight Champion, is coming back to fight in the cage for the first time in the WFC long history.  WFC 24 - BRAVE CF 34 takes place in Ljubljana, Slovenia, on January 19th, and the show will mark the start of a partnership with BRAVE Combat Federation, one of the biggest MMA organizations in the World.

Truscek, an MMA vet with over 70 professional fights, is a fan favorite in the WFC since day one. His modesty and sportsmanship also made him one of the most likable guys in the fighting arenas. Well, at least up to the point you have to fight him. In the cage his unique style earned him a chance to travel the globe and provide for his family. Father of three has a 7-1 score in the WFC and just regained his welterweight belt.

The man standing against him will be a French newcomer, Benoit Saint Denis, 24-year old former SAS Special Forces member and one of the most active fighters in 2019. Saint Denis went pro this year only to go on a 4-fights winning streak that was for now stopped with a doctor's stoppage at Brave 28 due to cut on his head.

With the addition of Truscek vs. Saint Denis now make sure you don't miss out on the finest action in and outside the cage. Buy tickets online at Eventim.si or buy them at Petrol gas stations all over the country.