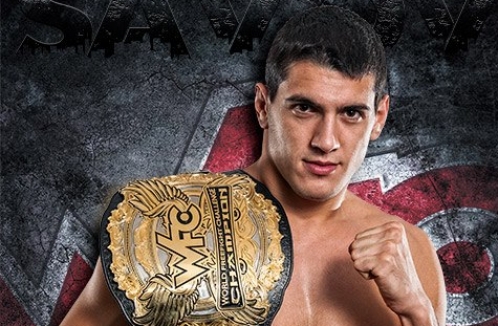 WFC middleweight champion Svetlozar Savov underwent successful knee surgery this week. Savov is set to begin physical therapy and strength training shortly so that he'll be 100% ready for his next battles.

Savov's last fight was at WFC 20 where he defeated Jean-Francoise Lenouge another WFC veteran. Savov took the unanimous decision, only for the second time in his career that he didn't finish a fight with a stoppage.

27-year old Bulgarian is the still undefeated in the WFC and has a perfect 6-0 score over the years. He shook the promotion like storm back in 2011 and is not letting it go. There were some memorable fights through the years and title defenses. WFC wishes its Champ all the best at his recovery and may he return to the cage even better.