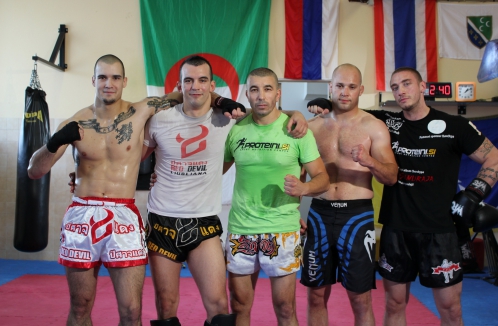 We are counting down the days until WFC 18: Knockout and so are the fighters. There is not much time for improvements but the everyday monotony can be easily changed that is for sure.

Denis Chorchyp, Primoz Vrbinc, Marko Drmonjic and Mury Derbal decided to do group training in the gym owned by Derbal. It benefits the fighters as the adrenaline starts increasing before the fight to do a workout that is not only productive but also relaxing at the same time.

We will see in a couple of days if it helped when they will face their opponents in the ring at the Krizanke summer theatre. Be there to support home guys who are determined that they will be victorious on the night of epic battles.

Don’t hesitate and get your tickets now! Available at Eventim.si, Petrol gas stations and Posta Slovenije branches around Slovenia.