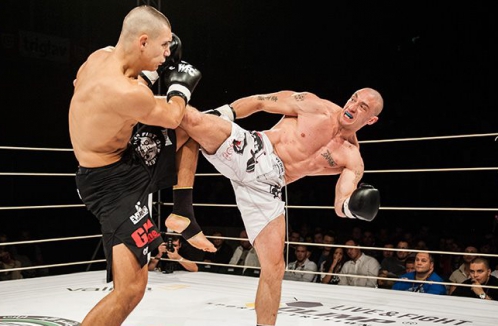 WFC 18: Knockout will be a spectale for all K-1 fans in the region. In three fights on the fight card will we have the privilege to see for ourselves which neighboring country is No.1 in kickboxing.

Slovenian fighters will go up against their neighbours from Croatia in a fighting extravaganza at Krizanke summer theatre. Slovenia’s Aleksander Stankov who’s one of the few fighters that had put Fabjan on the ground will clash with Mario Ilijevic who holds a record of 13 wins with 5 losses. Stankov vs. Ilijevic fight will be the opening battle on the 16th June.

Mourad Derbal comes from Algeria but is living in Slovenia for such a long time that he’s considered as a native. Derbal will enter the WFC ring in attempt to revive his professional career. A true martial arts legend in Slovenia, Mury has been running his own gym Fight club. Mury has been in Slovenia for over 10 years now and has decided recently that it is time to restart his career and what better way to do it than in the WFC. Five years younger than his opponent, Filip Grguric will make his debut appearance in the WFC. It will be interesting to see if Mury is not only a good educator but also an executor.

The third fight of the night will be between Croatian Marko Vidovic and Denis Chorchyp from Slovenia. Popular Chorchyp has been fighting for a long time in WFC and at WFC 18 he'll be looking for his 4th professional win. Chorchyp who's fans favorite every single time he enters the ring will face-off with much younger but not an inexperienced opponent. Marko Vidovic has already 20 professional fights in his career and he's coming to Ljubljana for his 15th win. Will he succeed?

Share your opinions on Facebook or via Twitter and don't forget to secure yourself a ticket for this K-1 moment of truth. Slovenia or Croatia? Be at Krizanke summer theatre on the 16th June at 20h and find out!

Get your tickets now! Available at Eventim.si, Petrol gas stations and Posta Slovenije branches around Slovenia.