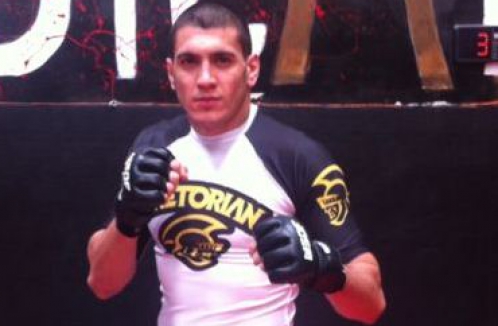 It's been a while since his last fight at WFC 17 when he succesfully defended his middleweight crown, but in less than a week, Svetlozar Savov (12-4-0), the Bulgarian muscle, is returning inside the ring. He'll go up against Yushin Okami (29-8-0), a UFC veteran, when he debuts at the World series of fighting's WSOF 9 event in Las Vegas, USA.

Savov has been a brutal force in WFC and Europe in general. His latest victory was achieved outside the ring as he concluded a new sponsporship deal with the world's best MMA equipment brand, Pretorian. Svetlozar will be the front face of the company in Europe and he'll be wearing the new equipment on Saturday for his debut fight in the US. ''I am truly grateful for the oppurtunity that Pretorian gave me. They are the best in the bussines and that is what I'm after! I believe that this is only the beginning of a long and prosperous relationship,'' Savov commented on his new deal with Pretorian which added a new world class athlete to its roster of world's finest fighters.

Savov is totally focused on his goal of becoming an international star with the help of Pretorian. He's training in the famous Syndicate gym in Las Vegas, Nevada, and has the privilege to be a part of a team that includes Martin Kampmann, Vinny Magalhaes and UFC Hall of famer, Forrest Griffin.

He's one of the best middleweighst in Europe and now he's on a mission of puting his name on the US map. Svetlozar Savov, the new face of Pretorian, is the man to watch in the near future. The future starts now!