Savov is not giving up the throne 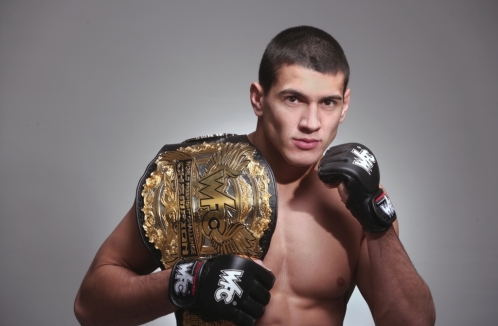 Svetlozar Savov has been a WFC Champion for quite some time now. Velickovic put him on the ropes at WFC 17, but failed to capitalised and Svetlozar took a deserved win in his last stint in the WFC.

Bor Bratovz has been given an opportunity to avenge his defeat at WFC 15 but injury stopped him at his quest of becoming the undisputed WFC middleweight champion. Now it will be up to Marko Drmonjic (4-0 in the WFC) to claim the title as the first Slovenian in the history. But he'll have though challenge ahead of him.

Savov has been training in the US since his last fight in the WFC and has been training with some of the best fighters and coaches in the business. He raised his game to a higher level and is ready to prove that to the WFC fans.

''WFC is one of the best European MMA organizations. Whenever I attended WFC events the organization was perfect and also everything was always on a very high level. I'm honored to be a champion of this organization and I'm grateful that I'm a part of the WFC.'' stated the Champion from Bulgaria.

Savov has been know as a ground specialist but his level of expertise has improved significantly in the recent months and now he claims that his stand-up is at the same level. ''Fighting and grappling are the sports that I've started with. That’s why it’s normal when I'm on the ground that I'm felling comfortable. But after serious amount of training I feel equally well at both - the stand-up and on the ground.''

When promoter changes your opponent weeks prior to fight it usually rattles you a bit. But not Svetlozar apparently. ''The fact that I have a new opponent does not bother me at all. When an athlete is preparing well and is training hard, he can’t be surprised by anything. The only thing I care and observe is the style of fight of my new opponent.''

It looks like Drmonjic will have to give his very best to overcome the Champ. Savov is coming to Ljubljana more than ready and determined that the belt will be his after the lights will go out. He had a message for the fans though: ''I want to thank the WFC. You have to continue organizing such large events and to bring joy to the MMA fans. And of course, who wants to support me, has to come on 20th of December and do it. Thank you!''