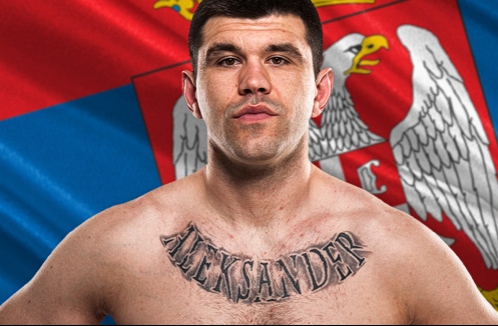 For the last four years, Aleksandar Radosavljevic has been one of the cornerstones of WFC. The 29-year-old Serb has gone undefeated in his first five outings inside the WFC ring, with the lone blemish coming against tough Bulgarian wrestler Emil Zahariev in his last fight. In 2012, things grew silent around "Rodja". A herniated disc in his back tied him to his bed for almost a week. Rehab  was long and arduous.

After 18 months away from the ring, Radosavljevic now returns for one last ride! At WFC 18,the Serbian judo ace takes on Japanese sambo champion Yoshiyuki Nakanishi for the vacant WFC light heavyweight title. If the stakes were not high enough already, Rodja upped the ante even more by announcing his retirement after the fight. The battle against the Japanese star will decide if he goes down in history as a legend of Balkan MMA!