Podkrajsek, Vasic putting it all on the line for the HW belt 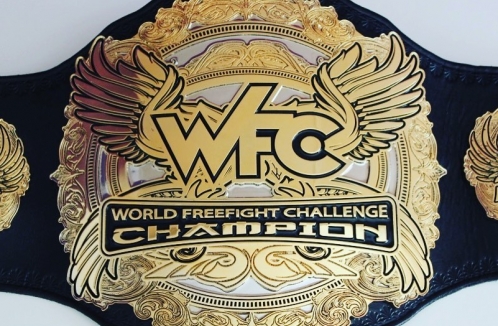 The hype generated by the fight between undefeated Slovenian Luka Podkrajsek and Viktor Vasic from Bosnia meant only one thing for the promotion and that was officially published two days ago. The fight between those two heavyweights will be the fight for the undisputed champion of the heavyweight division.

The throne has been empty for quite some time and the challengers earned their chance to attack the belt and take home the most prestigious title in the business. With the VIP section basically sold out now it's time to grab the tickets for the event scheduled for January 19 in Hala Tivoli, Ljubljana.

Podkrajsek catapulted himself in the title talks with two quick wins in his last two outings at the WFC events where he spent just over 5 minutes in the ring. With the cage coming for the first time ever in promotion's history it will be interesting to see who will cope with it better.

''I respect the opponent, he's young and seems ready for action,'' stated Vasic, one of the most humble fighters in the business. The 35-year old from Bosnia is currently on a 3-fight winning streak, one of those being his WFC debut 3 years ago when he literally erased his opponent out of the ring.

Mutual respect is strong between these two fighters that truly represent the essence of the MMA - humility, courage and resilience. ''I might feel a little more pressure coming into the cage come fight day due to the fact I'm fighting in front of my friends and family in my home county, but still, I'll be ready to give my all,'' Podkrajsek openly stated that the coming fight will be his biggest challenge so far in his professional career.

Support these modern-day gladiators at WFC - BRAVE event on January 19 in Ljubljana, Slovenia. Tickets are availiable at Eventim.si and all Petrol gas stations across Slovenia.