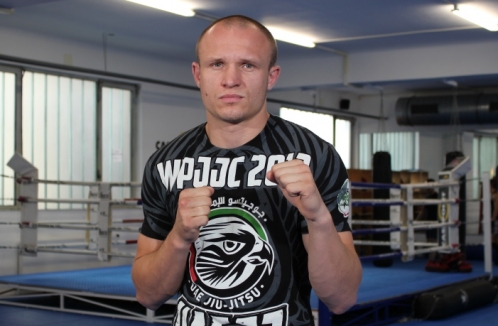 WFC published its first official ranking system just last week, when we announced our first Official Lightweight Ranking. Today we present you our Welterweight Ranking. This division has recently lost its Champion and that means that the throne is up for grabs. Top ranked fighters will battle this year for the Welterweight Title.

Current No.1 comes from Czech Republic, Jevgeniy Mahteenko, who holds a WFC record of 1 win with 1 loss and has recently beaten a true MMA legend, Jose ''Pele'' Landi-Jons, when the two met in Abu Dhabi. Jevgeniy is on a two fights winning streak and is aiming for the WFC Welterweight title.

Simone Tessari from Italy is currently his first challenger and if the two meet we can expect a fierce battle. Tessari won all his 7 fights via TKO and he surely guarantees a good fight. Tessari was matched up against former Welterweight Champion and they should have fought at WFC 18: Knockout but the fight was cancelled and we'll have to wait and see what happens next.

Churilov's 10 fight winning streak ended at WFC 17 but 27-year-old from Ukraine is still high on the rankings and will be looking to overcome the defeat at his next fight.

Agujev and Al Said are sorted just after the top three and are faced with the task of winning if they would like to earn the chance to compete for the title.