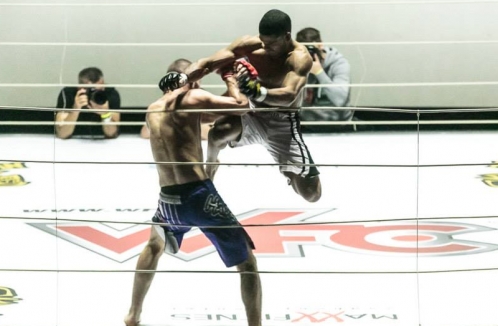 Jeffrey Mordan is definitely one of the winners after the last event. He was truly on the crossroads prior to the fight but he did what he had to do and now his career is on a completely new path. His impressive win at WFC 19 PRETORIAN pumped him up and he took a shot at the (at that moment still unknown) lightweight champ.

His fight versus Sizbulatov legitimately was one of the most intense and energetic ones of the night. Chechen fighters are hard as rocks, every single one of the, and Islam was no different. He took charge from the start of round one but Mordan bounced back. ''I put my heart into it, I believed in myself 100%. I wanted it more.'', stated Jeffrey.

''I've applied my game-play as my coaches and I knew that Chechen-Austrian fighters have a strong athletic form and I had to wait for my chance in the second or third round.''

Everything went as planned and the final result was a victory via submission. Mordan moved quite a few ladders that night and now he's aiming even at the top of the division. ''I knew I had made a great fight and the cheers from the fans made me realize that it is the perfect time for me to call out the champ. It looks like that I have the fight versus Bakocevic in front of me!''.

Mordan whos nickname is ''Sugar'' after the famous boxer Sugar Ray Leonard is determined that he'll storm through Bakocevic just like Leonard did in his second fight with Roberto Duran. ''For all of you out there that are not familiar with the boxing history - Duran turned to the referee during the fight and said to him, ''No mas'', which means ''No more'' in Spanish. I'm ready to do that to Vaso!''.

Strong words from Mordan who looks like that he has no fear whatsoever. It will be interesting to see what Vaso will have to say about it. But this duel could bring some heat in this cold winter.