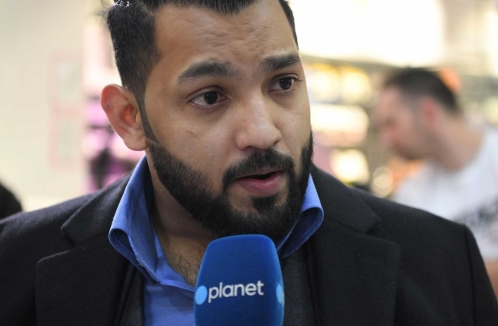 BRAVE Combat Federation will kick off its 2020 season with yet another new territory conquered, as BRAVE CF 34 will take place in Ljubljana, Slovenia in partnership with leading local promotion WFC. President Mohammed Shahid spoke about the promotion's plans for Europe and said the new year would bring renewed intent on empowering the European MMA scene.

BRAVE CF has held events so far in Northern Ireland, England, and Romania, and is looking ahead to more events in the continent in 2020. "Coming into 2020, one of our goals is to impact the European MMA scene. If you want to make a sport global, Europe absolutely has to be involved. We will bring a huge global presence as BRAVE Combat Federation to the entire continent", said Shahid during yesterday's open workouts ahead of BRAVE CF 34/WFC 24.

For Slovenia itself, Shahid sees WFC and its president Zlatko Mahic as key to developing MMA in the country. "Our goal in Slovenia is not to get something for BRAVE CF. It's about how we can help Slovenia MMA as BRAVE CF. The partnership with WFC shows that we are not here to split the MMA community, but to bring it together and make it grow in Slovenia."

BRAVE CF 34/WFC 24 will be headlined by a WFC Heavyweight title fight as Luka Podkrajsek and Viktor Vasic look to take home the vacant belt, with several stars taking on the Balkans' best fighters in a fight night to never be forgotten for the region.