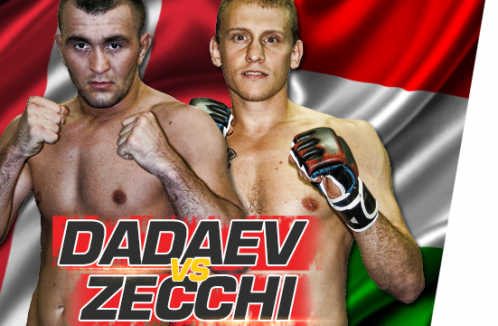 Leonardo Zecchi is not a new name in the WFC. He fought at WFC 16 after he earned his spot with a victory at Challengers. But his debut at the main event was not as planned and he lost after 3 rounds via decision. That fight stalled his career a bit as he lost two times on top of it. But something changed in the spring of 2013. He's 6-1 since then and a legitimate contender for the lightweight title in the future.

Tamirlan Dadaev is another fighter in a line of Chechen fighters that train in Vienna. His score is even more impressive than Zecchi's if we look at his last 10 fights. 8-2 fighter in his last ten fights is coming to Ljubljana to prove that he may be the next lightweight sensation. Who knows, did you count on Hallmann two years ago?

Zecchi versus Dadaev for the no.1 contender spot in the lightweight division! Kolosej BTC is a place to be on 20th December if you want to be a part of fight night of the year.