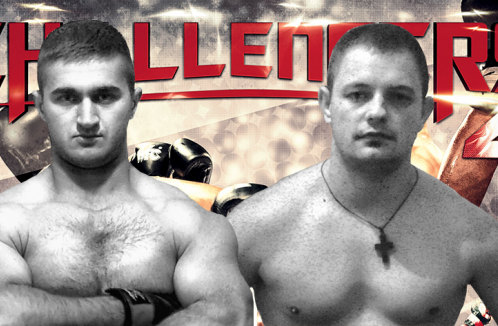 Two more debutants will enter the Challengers ring on Saturday in Litija. In a light heavyweight battle between Senad Basic and Miro Jurkovic someone might just secure a spot on a WFC light heavyweigh roster. A lot will be on the line as the two will try and break through.

As many other fighters he has transformed into a fighter because of the TV. Martial arts were just not enough, the mixture of leg kicks and punched made the difference. Kung fu practicioner is now training mixed martial arts for a couple of years already and is ready for the next level.

Gold medalist on many different tournaments has fought in Slovenia before. Last year he made his debut and won but now he's facing his biggest challenge up to date. Possibility of entering WFC is a huge motivational force. "WFC as the most powerful organisation in the area of Ex-Yugoslavia is a big  springboard for every fighter who wants to accomplish something important in his life. And I want to accomplish a lot of things as a fighter, that is why I’m glad to be taking part in such a good organisation that WFC is."

His opponent, Miro Jurkovic, comes from Serbia. At 25 years of age, this Wrestling practicioner is planning on making a permanent stay in the WFC after this event.

Jurkovic wants to prove to everyone that he deserves a shot in the WFC and that Basic is just an obstacle on his way to the goal. He's taking it step by step, but his ultimate goal is much higher: "My goal is to win this match and prove to the President of WFC, Mr Mahic, that I deserved this oppurtunity. After I enter the WFC I'll be training as hell to become a Champion!"

Both fighters are unknow to each other and that can lead to a very interesting fight to watch. They will be unaware of each others strenghts and weaknesses as they enter the ring blindfolded so to speak. But Jurkovic has an idea how to end all this: "I'll try to knock him out before he does it to me!"

Look out for the fight No. 3 on Saturday as these two debutants will enter the ring and battle it out as the real men do.

Get your tickets at Eventim and join us on another stellar night of mixed martial arts.