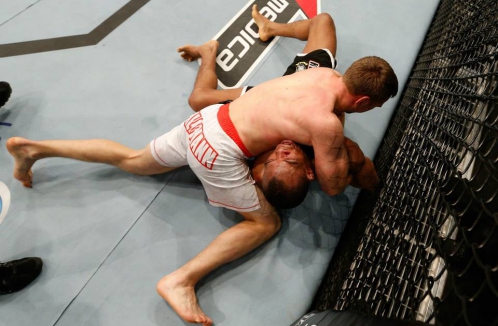 His impressive win via submission against Trinaldo in Brazil convinced UFC officials to offer him a quick return to the octagon against Al Iaquinta. 26-year-old Iaquinta holds a 1-1 UFC record and has recently won via decision against Ryan Couture. Couture was the latest victim of UCF's strict policy and was cut due to poor results. No worries for Hallmann who took the UFC with a bang and surprised everyone in Brasil.

Undefeated for nearly 3 years and alongside 10 fights winning streak, Piotr Hallmann will be looking for another victory that will put him even higher in the UFC rankings.