Hallmann: From WFC to UFC 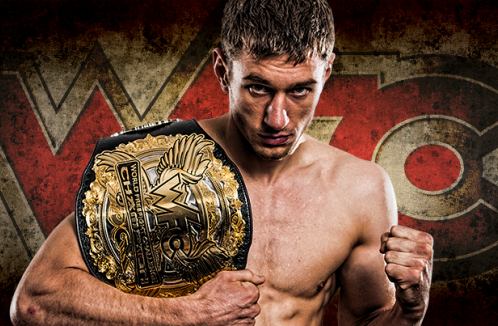 Piotr Hallmann surprised almost everyone at last year’s WFC 17: Olimp Live & Fight as he took the lightweight title by a storm. He jumped in as a replacement, withstood Bakocevic’s pressure at the weigh-in and finally conquered the ring with powerful punches and resilient attacks that were simply too much to overcome for the young fighter from Montenegro.

With a 9 fights winning streak and a career record of 13 wins with 1 loss, Hallmann has been given the opportunity to enter the UFC octagon. His debut is set for 4th September at Belo Horizonte, Brazil. He’ll go up against experienced Brazilian Trinaldo who has 3 UFC wins under his belt and a career score of 13 wins and 2 losses.

Piotr will be greatly missed in the WFC as he’ll attempt to conquer the world’s biggest mixed martial arts organization. Remember to support Hallmann on 4th September as another WFC fighter enters the UFC.