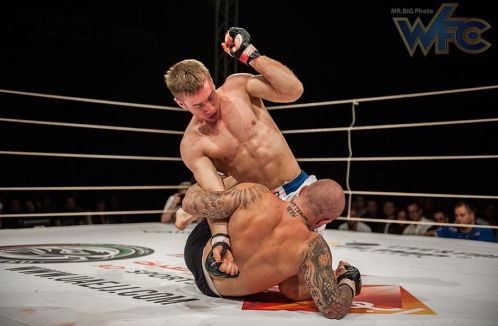 After tremendous effort in his debut, Piotr Hallmann (14-1-0) will fight for the second time in the UFC. MMA fans across the globe were stunned how he overcame furious kicks from Trinaldo in Brazil and eventually won via submission.

In his second outing he'll go up against Al Iaquinta (6-2-1) who posseses a firm technical standup and is no stranger to the game on the ground. Iaquinta, Ultimate fighter season 15 finalist, won the last time he fought in the UFC as he defeated Ryan Couture, son of the legendary Randy Couture, via decision.

Hallmann massive debut puts him in a slight lead in the poles. His 10-0 score at 155 pounds is something that fight fans should keep in mind. As former WFC Lightweight Champion, Hallmann is all set for stardome. Good luck tomorrow, Piotr!