Guelmino will debut at UFC 165 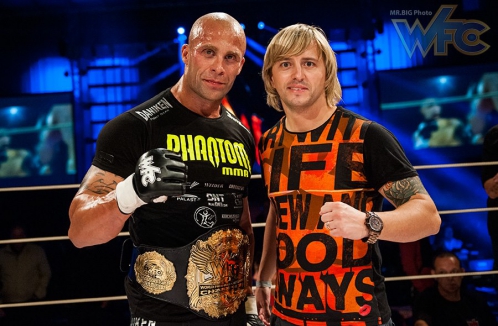 Nandor Guelmino's (11-4-1) career has been like a roller coaster ride after WFC 17. Then newly crowned WFC Heavyweight Champion competed at Strikeforce's last event and a month after that (in February) he got his shot at the world's elite promotion, UFC.

Nearly six months passed since then an it looks like he's on the verge of debuting in Canada. He should go up against Derrick Lewis at the end of August in Indianapolis but due to his opponents injury Nandor's debut apperance has been postponed until 21st September. At UFC 165 that will take place in Toronto, Cananda, he'll face Daniel Omielanczuk from Poland.

Guelmino who bravely stood up against legendary Semmy Schilt in the early stages of his career is now faced with Polish heavyweight with a professional score 15-3-1 with 1 NC. Omielanczuk who has fought mainly in Eastern Europe will also make his debut in the UFC.