Gagaev and Sizbulatov are aiming for the main event 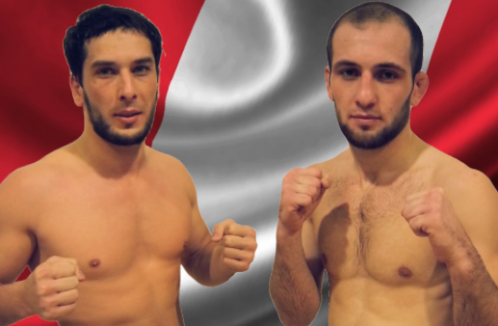 Timur Gagaev and Islam Sizbulatov are not newcomers at the WFC events. The duo has 3 apperances at Challengers and are now looking for a shot at the main event.

They are fighting under the Austrian flag but they are originally from Chechnya. Chechnya and Dagestan area are filled with incredible fighters that are more and more making their names in the world of MMA.

Timur Gagaev (1-1 in the WFC) has competed at Challengers 4 last year and took his first win after his submission via triangle choke against Luca Puggioni. Now it's time for a rematch! Puggioni claims that he raised his game significantly and is determined that he'll be the one who will fight ''with the big boys'' in the future. It will be interesting to see how this fight will untangle.

Islam Sizbulatov is another young and upcoming fighter from Chechnya with a history in the WFC. He holds a 1-0 record at Challengers after his victory over Blazicevic in 2012. Now he's returning as a much more experienced fighter and with a vengeance. Hi is determined that his misfortune in the ring is coming to an end at WFC 19 PRETORIAN on December 20th in Ljubljana.

Young blood is eager to prove themselves to the audience and being given a shot at the main event. Who knows there may be a future WFC Champion among them.