From fighter to commentator, Bratovz does it all 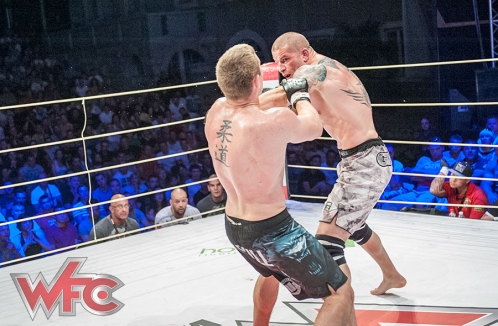 It's been over three years since his last fight under the WFC banner, but once fan favorite Bor Bratovz is returning at WFC 24. It looks like his fighting days are over but the man who has seen it all and most importantly done it all as he's been in the ring and cage, next year Bratovz will co-comment the event live for Planet TV along side Gasper Bolhar.

In nearly a decade of fighting in the WFC the 37-year old Slovenian traveled the World due to his fighting skills. His New Year's fight against Minowa in the heart of Japan is most likely one of the most memorable fighting achievements in the history of Slovenia's martial arts.

Come January 19, Bratovz will join Bolhar at the live commentary of the WFC-BRAVE event in Ljubljana's Hala Tivoli when top-level fighting returns to Ljubljana with explosive action inside the cage. With legendary ''Playbor'' some spicy insights are a guarantee.