Failure is not an option for Puggioni 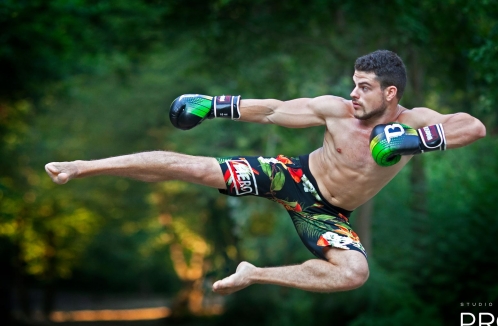 There is an old Japanese saying that can be best translated as ″fall seven times and stand up eight″ which can be of perfect use to describe the Italian fighter Luca Puggioni.

The young Italian who's only 24-years old has been fighting without a break ever since he turned pro in 2011. He hit a rough patch two years ago but bounced back with his head held up high and notched 3 wins with stoppages since last December all of them in the first round.

Now he’s ready to return to the WFC where he’s still chasing his first victory. Puggioni has debuted at the Challengers where he was stopped by Gagaev. He got a rematch late in 2014 but could not find a solution for the Austrian even though he proved to the audience that he belongs to the WFC.

His upcoming fight against Gaziev will determine his future in the promotion. It’s, in fact, a win or lose situation for the Italian on December 17 at WFC 21 – Olimp: Road to KSW. We are coming back to Bad Vöslau, Austria for a second time this year. The cage will be set up at the Austrian MMA Academy with a VIP setting for the audience around it.