Draxler: It will be my pleasure to cut off Vaso's head 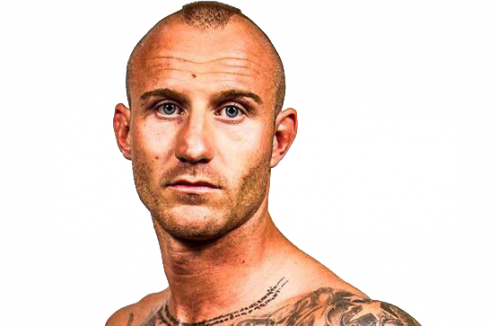 Vaso Bakocevic, whose career has taken a lift-off since his last fight in the WFC, looks like will have a powerful opponent in the ring in December! Christian Draxler a 6 and 4 in his professional and amateur career is coming to Ljubljana with a mission to end Vaso's run and make him pay for his loud mouth.

Will Vaso once again fail at his quest of becoming a WFC Champion? Draxler sure thinks so.

''I'm not known for running my mouth off before the fights like Bakocevic. It's just not my style.,'' Draxler opened up. ''And since Vaso is doing that over and over again it looks like that someone needs to teach him a lesson. If it means that I'll have to cut his head off in the ring then I'll do it!''

Quite a ferocious words from 26-years old Austrian who will debut in the WFC ring when WFC sets its stage for the first time in the Kolosej entertainment centre on December 19.

Draxler sure looks like a serious man as he challenges Bakocevic who's the front-runner for WFC's lightweight title. Bakocevic vs Draxler for the WFC lightweight title on a night when Ljubljana will be put back on the MMA and K-1 map.

Follow us for more on the fight and Vaso's response on the latest comments from his opponent.