Dadaev: ''I'll come back even stronger next time!'' 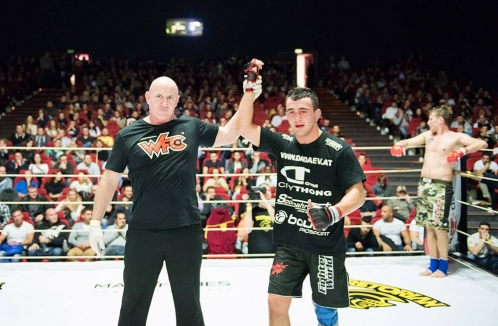 WFC 19 delivered big time. The fight between Tamirlan Dadaev and Leonardo Zecchi was definitely one of the best ones. Both fighters were eager to win the fight and as a result the crowd got what they came for.

A fight full of twists proved to be a fight that might change someone's career. At the end Dadaev pulled out a well deserved victory and he might be the next challenger for the WFC title in the lightweight division. But he faced some difficulties prior to the fight.

''I would not say that I controlled him (Zecchi) the whole time because I was tired because of the weight cut. I had to change my strategy. I planned to beat him using stand up techniques but I had to change my plan and attack him from the ground.'', Dadaev reflected on the fight. He cut 13 kilograms before the weigh-in and that is truly an impressive achievement on its own.

''I think that the lightweight division is ideal for me and weight class in which I can be successful on international level.'' Well, it looks like that we might have a duo of challengers at the moment who are ready to go after the newly crowned lightweight champion Vaso Bakocevic.

Of course, we had to hear it from the man himself and Tamirlan is not a man who's scared of anything as it looks like. ''I would like a shot at the title and fight against Vaso. If he dares, of course!''

At the young age of 20 he has a whole career in front of him. On top of that he has already 17 professional fights behind him. He just might be the next big thing out of the WFC. Only the time will tell. Tamirlan says that he's ready. He'll just have to prove it.