Bakocevic will not grant you mercy 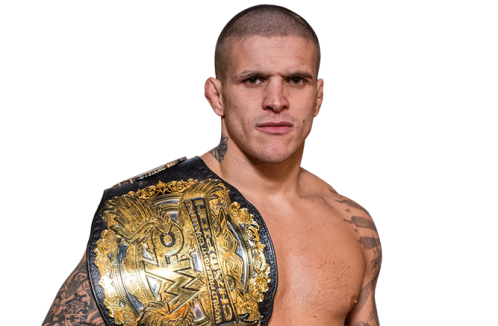 At the time being lightweight fighters are probably one of the most entertaining and skilful group of MMA combatants in the game. Abu Dhabi Warriors recently signed a lightweight of its own and skill wise they got a hold of a top Warrior.

Vaso Bakocevic, 25-year old from Montenegro, comes from the same ‘’WFC package’’ as other 3 new additions to the ADW roster. WFC’s newest Champion of the lightweight division is coming to Abu Dhabi to shake the stage. We could call him a veteran of the business with impressive 26 career fights up to date considering his young age. Bakocevic faced some ups and downs in the last years but now is considered as one of Europe’s finest talents at the 70 kg weight limit.

Being known for his direct style of fighting that might have cost him some positive outcomes in his career and which coincides with his nickname ‘’Psychopath’’, Bakocevic is a crowd pleaser. His fights are intense from the time when the bell rings and till the very end. Intimidating opponent in the ring but one of the nicest guy outside it, that’s Vaso.

Bakocevic is coming to Abu Dhabi filled with pride after his biggest career win at the end of last year and he’ll be looking to prove his worth in the big leagues. Watch out for him and don’t get fooled with his appearance at media sessions or when he socializes with fans. From the moment he enters the ring he’s everything but merciful.