An alliance with Brave will highlight 2020 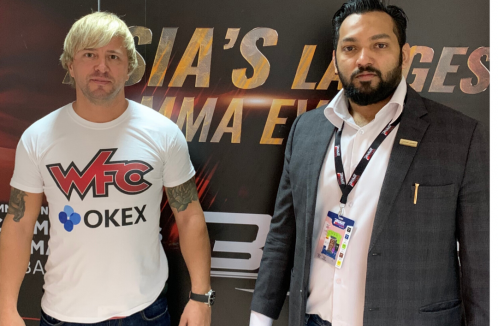 With the recent visit of the WFC President Mr. Mahic in the Kingdom of Bahrain, a new alliance was born. WFC has been a trailblazer in Eastern Europe and the Balkan region for over a dozen years with growing popularity with every event organized. The perfect solution for an EU based promotion was to take the next step and form a collaboration with the World's fastest-growing promotion outside of US, Bahrain's Brave Combat Federation.

The Brave CF which was born under the patronage of His Highness Shaikh Khalid bin Hamad Al Khalifa in 2016 with a vision to create a global sports media property that would unite nations through the celebration of competition and turn athletes into champions. A visionary who revolutionized and transformed the sport of mixed martial arts. His vision created opportunities for athletes around the world and provided the fastest growing global platform for them to realize their dream. Being an athlete himself who competes and a leader who embodies the vision he aims to implement the changes in the system.

The vision of His Highness matched with the one WFC's President was set to embody into the WFC and therefore the logical conclusion was to make something together. Mr. Mahic traveled to the Persian Gulf and quickly formed an alliance with Brave CF and brokered a deal that will see 3 co-produced events in 2020 alone.

Good times are ahead of us as we will strive to push even further and give the fans the ultimate dosage of fun and action in, and outside the cage. Be ready for an explosive 2020 as WFC and Brave CF will come to Ljubljana on January 19!