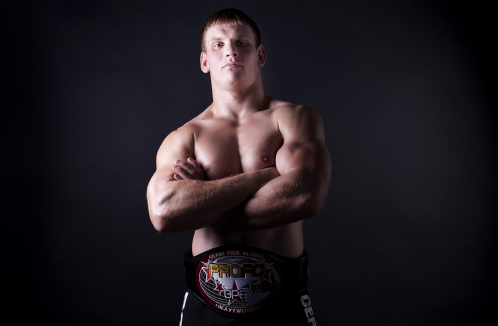 AD Warriors 2 fight card took a major hit today as Alexei Kudin had to pull out of the event officially due to an injury he sustained in his last fight.

We would like to pass Kudin's official statement on the subject at hand.

''Hello my dear fans! The reason for my withdrawal from ADW 2, where I was supposed to fight Brett Rogers, was the injury that I got in my last fight. Diagnosis: dissection of the lower leg (12 cm) and teared tendons. During preparations for the fight with Brett Rogers the wound became infected and inflamation formed. My condition worsened and doctors prescribed me antibiotics and treatments. Since there are less than two weeks till the fight, doctors did not give me permission to prepare for battle, because it is likely that the condition of the feet would worsen.

I would like to apologize to Brett Rogers, AD Warriors organization and all those who have been waiting for this fight. As soon as I recover, I promise that you will see me in good shape and spirits.

Warriors will soon announce replacement for Kudin and rest assured, the card will be as glorious as it was to this point. We would like to wish all the best to Alexei and let him know that we are counting on him when he'll be 100% fit and ready to fight.

Abu Dhabi Warriors 2 takes place on March 26, 2015 at IPIC Arena in Abu Dhabi, UAE. Get your tickets at Virgin Megastore.