Willi Ott jumps in as a replacement 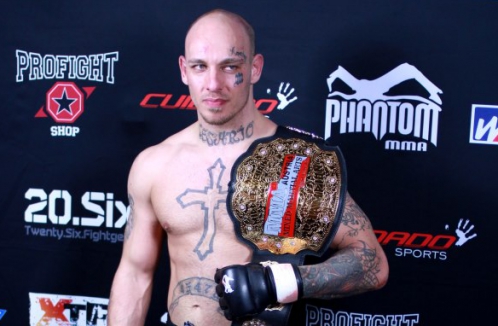 Due to unfortunate injury of Mattia Schiavolin WFC had to make some adjustments to the WFC 18: Knockout roster. 30-year-old Willi Ott from Austria will replace the injured Schiavolin.

Ott is the reigning Middleweight and Light Heavyweight Austrian MMA Champion and has a professional record of 11-6-1. Known for his powerful punches he has an impressive streak of KO's and TKO's in his career. He has notched up 5 straight wins in the last 6 months.

It will be an interesting matchup against Serbian powerhouse Bojan Velickovic who took the Champ, Svetlozar Savov, to the ropes at the last WFC event.

All Ott's last 5 wins were under 3 minutes so prepare yourself for a action packed fight on the 16th June at Krizanke summer theatre. Get your tickets now! Available at Eventim.si, Petrol gas stations and Posta Slovenije branches around Slovenia.