Velickovic: ''People want action and I will give them just that!'' 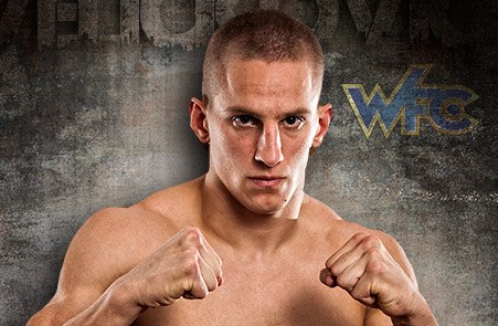 Bojan Velickovic made a big impression last October when he stepped in the WFC ring for the first time. Some fighters thake the easy way but not Velickovic. He went up against the Champ, Svetlozar Savov, and lasted for whole three rounds. He got the crowd going wild with some good takedown attempts but he couldn't finish Savov who once again proved to everyone that he's the legitimate ruler of the middleweight division.

But loss is a loss and Bojan is well aware of that. "I was disappointed after the fight at WFC 17. I had some solid takedown attempts but I haven’t cashed them in. But on the other hand  I proved to myself that I'm not someone who's easy to beat, I have learned from the mistakes, worked on them and continued winning after the Savov fight."

Velickovic is returning at WFC 18: Knockout and will fight against Austrian KO specialist, Willi Ott. It will be an interesting match-up as Serbian fighter is determined that he'll change his approach to the fight.

''People want action and I will give them just that," stated Velickovic. We can look forward to the fight against Ott who's not a guy that likes to lay down on the floor but he stands and fights. Will we see a knockdown between these two?

Join us at Krizanke summer theatre and find out for yourself. The temperature is rising as we are getting closer to the event. Who's your favorite?

Get your tickets now at Eventim.si, Petrol gas stations and Posta Slovenije branches around Slovenia before it’s too late!