Aleksandar Rakas: "I want to be a WFC fighter!" 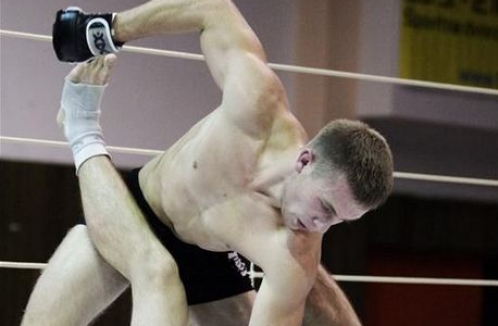 Aleksandar Rakas, 22-year-old from Croatia is another returnee to the Challengers. Kickboxing practicioner has fought at first Challengers and won after unanimous decision against Sinigoj. After year and a half he's trying to turn his career around and he'll try and do so against Arber Murati from Albania.

He's been drawn to martial arts since his childhood. "I've enrolled in karate where I've spent 7 years and had won numerous medals. Then I've started training kickboxing but my desire has always been to become a complete fighter."

Aleksandar is one of many fighters from the Balkans region that had look up to Mirko Filipovic. True legend in mixed martial arts inspired many young fighters and Rakas was no exception.

He's fought in some other organizations but ranks WFC as number one. "WFC is great for young fighters. We are given a chance to prove ourselves and progress even further. Fighters on its roster and frankly everything else in WFC is on a much higher level than anywhere else."

His apperance on Challengers will be against Arber Murati who comes from successful MMA team from Italy. Murati's professional record is quite similar to the one of Rakas so we can expect an even fight. Aleksandar has done his homework: "I watched some of his fights and I think that he prefers ground game rather than fighting on his feet. I certainly won't underestimate him because this is MMA where one punch can end the fight. You should never underestimate your opponent."

Both of his wins came after the completion of the last round which proves that Aleksandar enters the ring well prepared. Cardio is one of his strenghts that he relies on. "Preparations for the match are underway as planned, I feel great and I'm looking forward to the day of the fight. I strongly believe that I'll be victorious!"

Aleksandar is training two times a day as he prepares for the Challengers 4 on 16 March in Litija. He plans to win and hopes to prove that he's worth a shot in the WFC.

Let us wait and see who will come out as a winner in this welterweight fight. Get your tickets at Eventim and be a part of Challengers 4!