A look back into WFC history - Svetlozar Savov 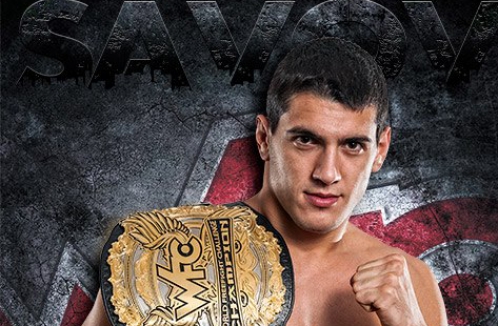 WFC has a rich history of exquisite fights and spectacular knockouts that bring people to its feet. But submissions  are sometimes even more exciting. WFC middleweight champion is a true master at it.

It has been over 2 years since Svetlozar Savov debuted in the WFC and started his reign as the best middleweight there ever was in the WFC. Bulgarian submission specialist entry fight was against Serbian Tesanovic whom he submitted with the guilottine choke at WFC 13. Today we are paying tribute to the undisputed kingpin of the WFC middleweight division with a look back in histroy. At WFC 14 Savov faced Di Gallo and look for yourself how the fight played out.

At perfect 4-0 WFC score, Savov will be faced with another title defence as he will put his title up for grabs against Bor Bratovz when the two will battle for the second time. Will Bratovz upset the intimidating Bulgarian or will we see another stellar performance from the Champ?

You'll get your answer at the end of the year in Ljubljana! A rematch that you can not miss!